The Chilean Pavilion at the 16th Venice Architecture Biennale

At the centre of Sala dell’Isoloto stands a large-scale model of a building made of rammed earth. On closer examination, the 60 pieces that comprise the building’s oval shape appear less to be made of earth than carved from it. Layers of soil with slight variations in colour and texture recall that it is land what is at stake at the Chilean Pavilion. The layering of the pavilion’s pieces is the footprint of an artisanal process of production by which a fragile, discrete material—soil, bare earth—is transformed into a stable, monolithic
object. Simultaneously heavy and fragile,
these objects are in turn symbolic fragments of another transmutation: one by which slum dwellers were transformed into property owners in an event at Chile’s National Stadium, and one by which a city that grew unplanned becomes visible and fixed in a plan, that of a building able to narrate its own history.

The critical reconstruction of the Stadium’s floor plan as a building that renders an image of the city is at the core of the curatorial vision. Each piece of the Stadium is a fragment of the city materialised in layers of earth, its top imprinted with the urban fabric of the neighbourhood it belongs to. The pavilion’s narrative is articulated around it in four other moments: “the event,” “the islands,” “the horizon,” and “the city.” 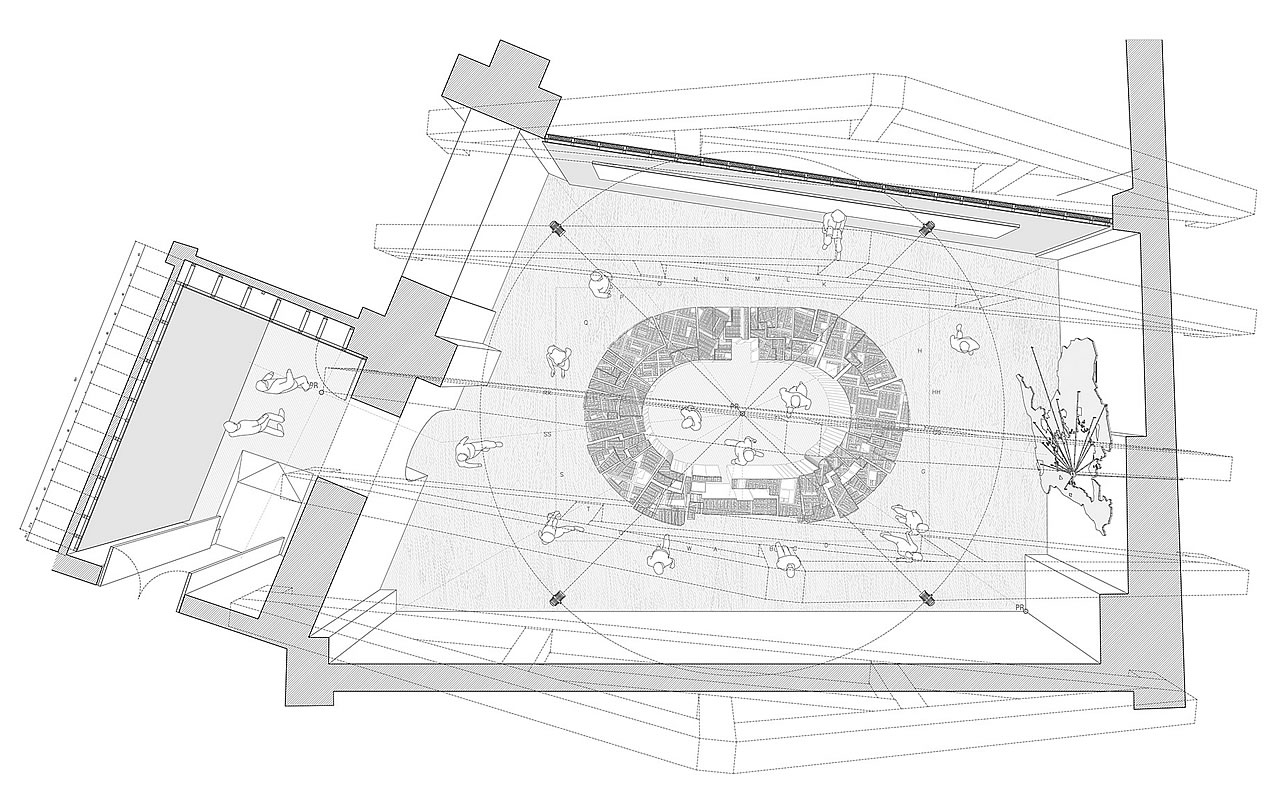